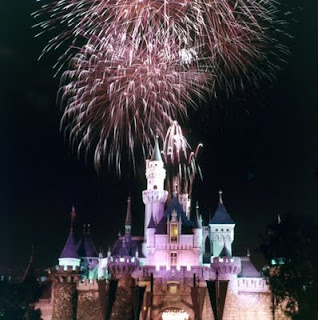 "Mentsch tracht, Gott lacht." One of my co-workers has this sign by his desk and every time I look at it, I laugh (or sometimes cry) at the truth of it. It's a Yiddish proverb that means, "Man plans, God laughs".
In The Vacation Hokey-Pokey, I mentioned that we were having to switch to vacation plan B. In reality, it was vacation plan C. Our original vacation (Plan A) was a trip to Disneyland. Tonight instead of sitting in my parents living room, surrounded by moving boxes, we should have been at the Magic Kingdom riding Space Mountain and watching the fireworks show over Sleeping Beauty's castle. I had certainly made my vacation plan and Disneyland was it. Maybe God was laughing, because that's sure not the plan he had in mind for us.
Because of The Pastor and I being sued recently (and losing), we were forced to cancel our trip to Disneyland. We decided that even though we had an almost sure case to win an appeal, that in the name of good will and trying to make amends with our accusers, we would go ahead and pay the money.
I've got to admit, even though I thought I wanted to do the right thing, I've been wrestling all week with bitterness. Last week, The Pastor ran into the man who sued us. He told The Pastor how much it meant to him and his wife that we paid them and that all of their animosity towards us was gone. He also mentioned that they used the money we paid them as the rest of what they needed to buy his wife a Mercedes.
That's good news, right? That's what we wanted--as much as it depends on us to live at peace with one another. Perfect. Just what we wanted...a new Mercedes for Mrs. Plaintiff, a cancelled Disneyland trip for me. Hmmm, I might have to do some praying about this attitude of mine.
So anyway, we made plan B for our vacation and tried to have a good attitude. "Camping will be fun" we told ourselves. "Disneyland is overrated anyway."
Then the truck died and we couldn't do that either. Okay, on to plan C. When everything else fails what do you do? You go home to Mom and Dad. We packed the car headed to my parents house...the only catch is that my parents just sold their house and we showed up just in time to help them pack and move.
That brings me full circle to sitting in their living room surrounded by boxes and chaos. The cable company also accidentally disconnected the TV service early and with nothing to do, we decided to squish together on the couch and watch an episode of Monk on my laptop. Like salt in a wound, every so often a commercial from the sponsor would come on to show us how good life could be if we had their product...only in this case it wasn't a product, it was a destination. The sponsor...Disney.
I guess a little (or a lot) more prayer is in order from me. But for now, I better get to bed, the moving truck is coming early...

*sigh* This is the same sort of thing we are dealing with Allen's ex. I get in these lows where I feel it is so unfair that she uses the children's money to buy herself new things, pay off her $500,000 house, (insert many other very nice things here) and then turns around and says she is owed more even though she has no more children at home, while we suffer with substandard housing, no dining room table, heating with firewood, hauling water from you guys, not even making ends meet, etc. I don't think I will ever understand God's plan for us to have to live like this. I will never understand why the injustice continues or even that it is allowed to continue...maybe we're modern day Jobs?? Sheesh, I got off topic and on a little rant...I'm Sorry for hijacking your blog.

Go and appeal! Just think, if you win, the new Mercedes might then be yours and you could take 100 vacations to Disney World! If you need some legal legwork, you know where I am... I've practically become a lawyer. HAHA!

I was just coming over here to figure out how to post a BIG sigh, when I saw Vanessa's. Oh, Sista, I'm hurting with you. Sometimes life just REALLY stinks. I'm SO sorry. Nothing else I can say, but please know you are loved and being prayed for. I'm praying on behalf of God's promise that He will replace above and beyond what the locusts have eaten. Sending a BIG hug, Amy

Ohhhh, Cari ... I'm hurting for you ... just reading about it made me upset, so I should probably join in those prayers with you! I can't imagine the one being in the midst of it all. A Mercedes? Seriously? And, they actually TOLD you about it?! Ughhh! I'm so sorry your family didn't get your trip to Disney.
Are your parents staying in town?
I'll be thinking of you!

Thanks for the sympathy everyone. As you can tell, I'm still struggling with this one, but I know my attitude is not right. I'm working on it, I promise!

Yes, Kelly, my parents just moved down the road a bit. Needed a bigger house for all the grandkids and grandnieces/nephews.