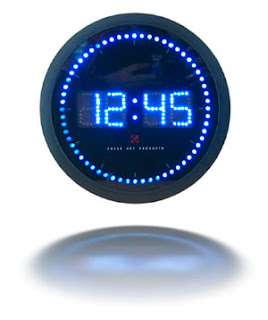 I was starting dinner yesterday afternoon when I remembered that I needed to send an email off before 5:00pm. I glanced at the clock on my stove, which said 4:00pm, saw that I had enough time to finish what I was doing and went back to chopping veggies.

A few minutes later, I set my knife aside and reached for my laptop, but as I did, I noticed the clock on the living room wall read 5:30pm.  Confused, I retraced my steps to see where I'd gone wrong and then I realized....

It wasn't the clock on the stove I had seen...I had preheated my oven to 400 degrees.

All In The Family 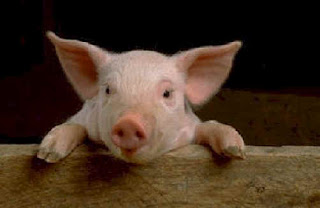 We're having a family reunion this week--The Pastor's family, not mine--so don't get all excited if you're reading this and you didn't get an invitation.  We were originally expecting between 40-60 people for this reunion and because of my propensity for worry, I started in early.  The Pastor informed me that I was freaking out way too early.

He told me that several people were unable to make it, so the guest list had dropped to only about 30-35 people.  He told me there was nothing to worry about and that we could throw together a spaghetti dinner one night and a BBQ the next day for 30 people with no problem whatsoever.  He will deny this, but his exact words were, "Don't worry. There's nothing to do."  He promised that while I worked this week, he would get things around the house ready.  I believed him.

So yesterday while I was at work, he spent the day working around the house to prepare for the reunion.  When I came through the door last night, he was eager to show me all he had accomplished.  He told me to follow him outside and led me to...the pig pen.  Yes, my husband is a pig farmer.  We have six pigs, which according to him are some of the most beautiful ones he's ever seen.  The pigs have a pen and a shelter nestled down in the trees near the bottom of our property.

Anyway, he leads me to the pigpen to show me his achievements.  "Ta-Da!" He's so proud of his work.  He has spread extra straw for the pigs, he has sprinkled some lime around so the pigs won't seem so stinky. (notice, I didn't say they wouldn't be stinky, they just won't seem stinky), and for the grand finale he has painted the pig house to match the paint (including trim color) on our house.  Yay Honey.  I couldn't be more excited.  We have a zillion people coming for dinner and I was so worried that the pig house wouldn't match our house....


P.S.  The Pastor is a good sport and I warned him that there was no way I couldn't blog about this very true story. But in all fairness, today he's at Costco buying food and working around the house (the people house, that is) to get things ready.  Thanks, Sweetie! 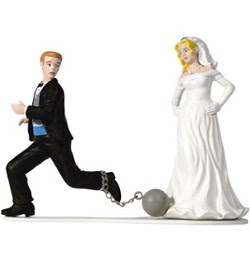 Over lunch the other day, a friend and I were talking about writing.  He told me I needed to remember that not everything we writers write, needs to have a deep meaning.  So here's my "no meaning" thought for the day...

I was in Walmart this afternoon buying greeting cards, and I wonder...why are the sympathy cards located right next to the wedding cards?

Good luck explaining that one,

Posted by Cari Johnson at 8:11 PM No comments:

Wake Up And Smell The Coffee 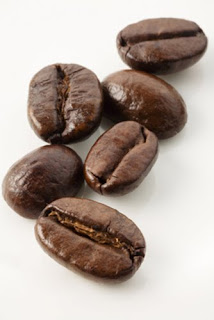 I love the smell of fresh brewed coffee in the morning.  It's no secret that, although I'm not a coffee snob, I love my daily dose of java. It's my custom every night before I go to bed to load up my coffee pot and set the timer so the coffee is brewing at the same time or a little before my alarm clock is jolting me out of bed.

Because we now have Jack in the house, my first order of business is to jump out of bed and take him outside to take care of his business.  This morning, as I stood on the front porch patiently waiting (by the way, it was freezing!) I realized that I hadn't smelled the coffee as I passed through the kitchen on my way out the door. I scolded myself for forgetting to push the "brew later" button on the coffee maker, which I occasionally do.  The coffee is sitting there, ready to make, but doesn't actually brew.

However, when I came back in the house, I looked across the great-room to the kitchen and the lights were on on the coffee maker, but the pot was empty.  Again, I gave myself a lecture--I must have forgotten to put the water in. Yeesh.  I can't remember ever doing that before, but forty is knocking on my door and maybe these sort of things just start to happen.

I turned off the pot, cooled down the carafe so it didn't crack from the dry heat, and added the water to the pot, happy that I was finally making progress on this coffee thing.  Then, just for good measure, I looked under the lid to make sure the filter hadn't folded over or done anything weird.  I wasn't taking any more chances.  Time was passing and coffee wasn't happening.  It's a good thing I checked because...

I hadn't put any coffee grounds in either.   Here's to a happy Tuesday to everyone.  Hope your morning cup o' joe was easier to achieve than mine was!

Posted by Cari Johnson at 6:10 AM No comments: