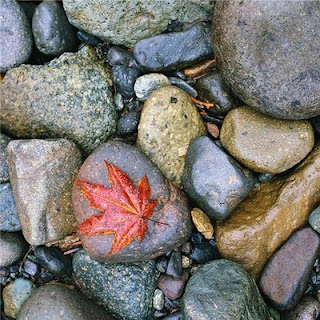 My son loves to throw.  He's 8 and I can clearly remember him pitching and throwing balls before he could walk.  He would crawl down the hallway "herding" as many balls as he could control.  Then he'd sit down at one end and throw them all down to the other end.  After that he would crawl down, retrieve the balls, and do it again. Since then, he's been in trouble, just about continuously, for throwing things.  Anything he gets in his hands, he has to throw.

This weekend we were at the lake, and obviously, one of his favorite things to do is to throw rocks into the water.  He swam for just a few minutes, then began with the rock throwing.  Over and over and over.  I thought his arm must be ready to fall off and I was getting bored watching this.  I figured he must be wearing down, so we began to have throwing contests.

I flippantly found a suitable rock.  He threw first.  Sploosh. Nice job, but watch this.  I threw next.  Mine landed a good 10-15 yards closer in than his.  The competitor in me (if you've ever met her, she's not always pretty), selected another rock...much more carefully this time.  I reasoned that the rocks weren't the same size, so they didn't fly the same.  We threw again.  I lost again.  Okay, this was getting serious.  Game on, Boy.   The selection of my rocks became more precise but the outcome remained unchanged.

We threw and threw and he beat me repeatedly.  Finally I got one that landed about 2 inches farther out than his.  I decided to quit while I was ahead, but he goaded me into "just one more throw".  I gave in...and lost again. I'm not sure what happened to my little baby throwing balls in the hallway or my throwing arm, but I seem to have lost them both.

You last sentence made me smile! I can't believe that ... he's got quite an arm!!!

Ohhhh, that last sentence ... funny and heartwarming at the same time! :-) He's got quite an arm!