Is Technology Helping or Hurting Our Kids? 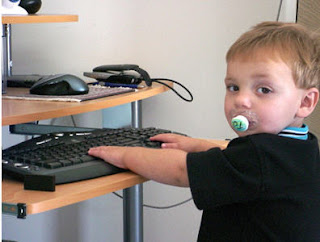 http://news.cnet.com/8301-19518_3-20029002-238.html?tag=cnetRiver
This is a sad, but true commentary.  Of course I understand that a two year old isn't going to ride a bike anyway, but the disturbing part is that once that kid is old enough to learn to ride a bike, he's too obsessed with his PS3 and Wii to go outside and do it.  If anyone's on the side of technology, it's me, but for heaven's sake people...let's make our best effort to raise well rounded children!  January is Get-Your-Butt-Off-The-Couch-And-Go-Outside-And-Throw-A-Snowball month, so let's pry our smartphones out of our children's hands, turn off Angry Birds, and go do something active.  (Okay, I might have made that last part up, but still....)

Does riding your stationary bike count? I hate the snow now... haha!
I do love the fact that my kiddo loves to play in the snow and wants to go outside.